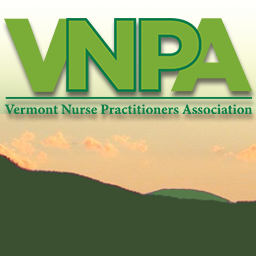 The Vermont General Assembly effectively adjourned the 2019 legislative session on the afternoon of Friday, May 24. The qualifier “effectively” refers to the fact that the House adjourned and left the statehouse for the year before the Senate agreed they were all going home.

The impasse on whether or not to adjourn reflects a disagreement between the House and Senate on two of their top priorities for the session - the minimum wage bill, S.23 (Senate priority), and the paid family leave bill, H.107 (House priority). Similar bills passed the legislature in 2018 and both were vetoed by Republican Governor Phil Scott. The House was unable to override those vetoes.

With the legislature running into overtime this week the pressure was on Democratic leadership to finalize the budget and revenue bills. The pressure was also on to pass top Democratic priority bills, particularly with the supermajorities won in the 2018 blue wave. With the tax and regulate cannabis bill put on hold until 2020 the Democrats were feeling particularly motivated to pass S.23 and H.107. While the budget and tax bills were relatively easy to reconcile (the governor is expected to sign both bills), House and Senate leadership could not get on the same page with minimum wage and paid family leave.

Then things got weird.

The House amended the budget onto a nutrition bill they had on the calendar and passed it over to the Senate. They then voted in favor of a resolution to adjourn until January 2020. Speaker Johnson gave her farewell-for-the-year speech and Governor Phil Scott did the same. The Senate passed their versions of the paid family leave bill and the minimum wage bill but then adjourned until Wednesday, May 29, 2019. Somewhat reluctantly the Senate also approved the budget, which, after the House reconvened after final adjournment to pass it again, sent it to the governor.

After everyone took some time to figure what was going on, it was clear that - effectively - the legislature has adjourned for 2019. Legally speaking the Senate and House could continue to negotiate and come back next week - the legislature is not officially adjourned until the Senate approves the adjournment resolution - but it appears everyone is going home. The Senate will need to meet Wednesday to approve the adjourment resolution.

So all said, it was the most bizarre end of session statehouse observers have seen in a long time.

Leonine will issue a detailed end of session newsletter next week summarizing the politics and the major bills. For now, we are happy to be done...unless we are not...we are, (we think).

Thanks for following along this year, it's been a weird one.